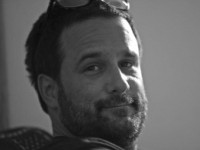 Robert King, native of Memphis, Tennessee is an award winning photojournalist with no formal education in field of journalism. After his introduction in 2012 Berlin Fotofestival 2013 The Browse is honored to host him and his work for the second time around.

Robert King is former art student with a Bauhaus foundation who graduated with honors from Pratt Institute located in Brooklyn, New York.

He has worked around the wold for leading publications from war torn Bosnia, Afghanistan, Chechnya, Rwanda, Kosovo, Albania, Georgia, Armenia, Azerbaijan, Zaire, South Africa, Russia, Iraq, and Mexico. His work is and has been published in Life, The New York Times, Time, Newsweek,The Guardian, Rolling Stone, Stern, Paris Match and just about ever other leading global publications.  The work of Robert King can also be found in museums and private collections from around the world.

His career as a photojournalist has been chronicled in the award winning documentary “Shooting Robert King”. Last year the film premiered in Germany at the Browse Fotofestival. Recently Robert has taken up the video camera in addition to his work as a photographer to send his visual documentation of the atrocities and tradgedies of the Syrian  war via CNN, VICE or other TV networks back home to the US and the Western world. Where he goes, TV camera teams do not and his images are much more  compelling and moving images are selling, more so than stills. That’s where the future lies.

For photojournalists and other interested parties Robert will give a workshop on taking and editing video as a professional photographer.  Info: workshops@berlin-fotofestival.de