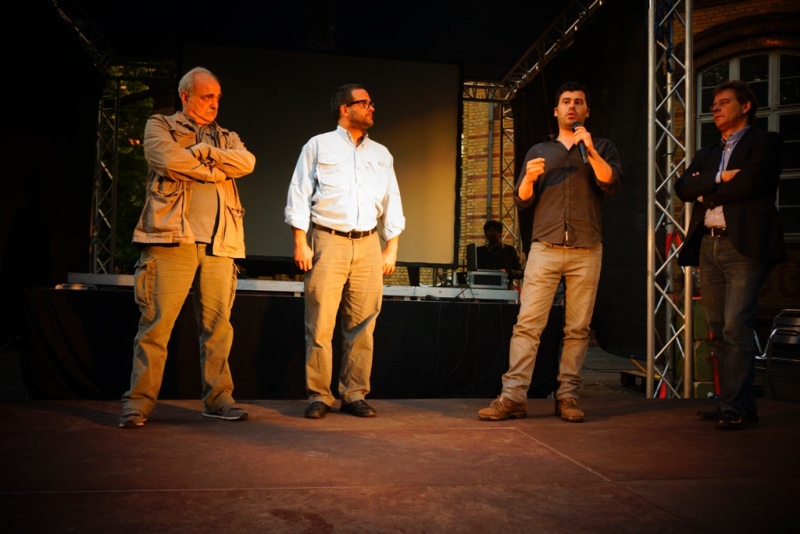 The issues addressed in this screening and talk sessions with world renown photojournalists and experts in war photography, Robert King and Franco Pagetti (Seven),
revolve around the question, if and how the work of photojournalists can help to stop or solve violent conflicts in the world.The ongoing humanitarian crisis in Syria is currently urgeing the question. Both photographers have worked in Syria and show their work and afterwards talk about their views on thew power of images to induce change.
Introduction: Screening of the video “Ground Zero – Syria” (~ 40 Min.) of Robert King Robert’s documentary video shows an unprecedented tragedy of the blatant targeting of civilians and hospitals by the al-Assad regime.
The film was a cooperation between Robert King and Rocco Castoro and produced by VICE Media in a conscious collaborative attempt to to increase public awareness and put pressure on politicians to help stop the killings of civilians in Syria and alleviate the catastrophic situation of refugees in the country.
This approach attracted Cinema for Peace at the Filmfestival in Cannes, which  included the film in an series of emergency screenings on Syria.

Filmfestival Cannes: Cinema for Peace emergency screening of “Ground Zero – Syria” and  artists demand to put an end to the conflict in Syria

Another completely different approach is shown in a short video screening of Franco Pagetti`s recent photo work on Syria. He is telling the Syrian situation through pictures and videos of the streets of Aleppo, devastated by war, and of the veils spread out between buildings acting as shields to obscure Free Syrian Army soldiers from the view of Bashar al-Assad’s security force snipers. Before the war, these sheets served a very different purpose as residents used them for privacy or to protect their homes from harsh weather.
Subsequently: Talk und Q&A with Robert King (photographer/Polaris), Franco Pagetti (photographer/VII), Rocco Castoro ( VICE Media, editor in-chief), Odd Andersen (photographer, AFP)
Moderation: Achim Vogt, expert of the Middle East, Friedrich Ebert Foundation