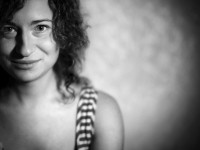 Olga Kravets is a documentary photographer (and multimedia- and filmmaker), based in Moscow, Russia. She worked in radio and print before moving on to photography. Her work has appeared in a number of international publications: El Pais Magazine (Spain), Financial Times Deutschland, Helsingin Sanomat (Finland), NRC Handelsblad (Netherlands), Rear View Mirror (Italy), The Globe and Mail (Canada), The New York Times, and The Observer (UK), among others. She has been awarded the Grand Prize in Lens Culture International Exposure Awards and Magnum Emergency Foundation Grant, was a finalist of the Aftermath Project and Anthropographia Human Rights Through Visual Storytelling Award, and a winner of the PDN Photo Annual, among others. Her long-term projects took her to the Caucasus, Balkans and Middle East.