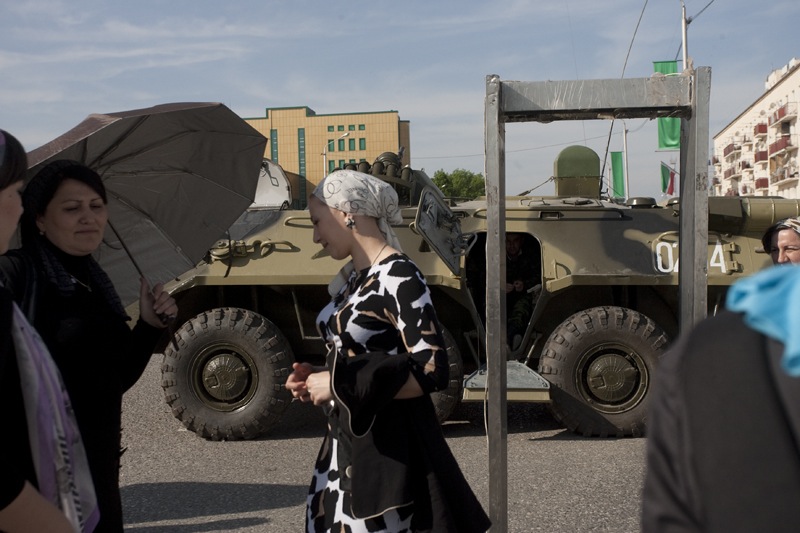 CITY OF NORMALCY (ORDINARY PEOPLE). Women wait to go through a metal detector at one of the entrances to downtown Grozny just before the Victory Day parade on May 9, 2010. Outside the entrance an armoured personal carrier is parked. Grozny, Chechnya, Russia, 2010 , © GROZNY: NINE CITIES / Photography & video by Olga Kravets, Maria Morina, and Oksana Yushko,Ccuration: Anna Shpakova, Music and Multimedia Production
Jose Bautista / KanseiSounds

Grozny, the capital of Chechnya, is a melting pot for changing Caucasus society that is trying to overcome a trauma of two recent wars and find its own way in between traditional Chechen values, Muslim traditions, and globalization.

The body of work itself is inspired by a Thornton Wilder’s book Theophilus North, and centers on the idea of nine cities being hidden in one, which inspired the concept to explore specific aspects of the aftermath of two Chechen wars, considering them as”levels” hidden within the capital of Grozny.