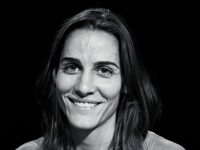 American. Lives in Turkey and Italy.

Kathryn CooK grew up in Albuquerque, New Mexico, and graduated from the Colorado University at Boulder in December 2001. Her professional career began with the Associated Press in Panama in 2003, but she left the agency in 2005 to pursue personal projects and do freelance work in Latin America. In September 2006, she moved to Istanbul and has since lived in both Rome, Italy, and Turkey. Her work has been published in numerous magazines such as The New York Times Magazine, Time, Stern, Newsweek, L’Espresso and D La Repubblica delle donne.

In 2008 Kathryn Cook received the Inge Morath Award for her project, «Memory Denied : Turkey and Armenian Genocide». This award is given annually to a female documentary photographer under the age of 30. The same year the Aftermath Project Award awarded her for her proposed story on the Armenian genocide. (Text: Agence VU Website)