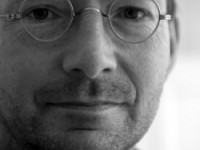 Kai Wiedenhöfer, born in Germany in 1966, received a MA in photography and editorial design from the Folkwang School in Essen and studied Arabic in Damascus, Syria.
Since 1989 the focus of his work is mainly the Middle East. He has received numerous awards, as the Leica Medal of Excellence, the Alexia Grant for World Peace and Cultural Understanding, World Press Photo Awards, the Eugene Smith Grant in Humanistic Photography and lately the Carmignac Gestion Photojournalism Award. He has published three books with Steidl “Perfect Peace“ (2002) , “Wall“ (2007) and “The Book of Destruction“ (2010) which was exhibited as a solo exhibtition in the Musée d´Art Moderne de la Ville de Paris.