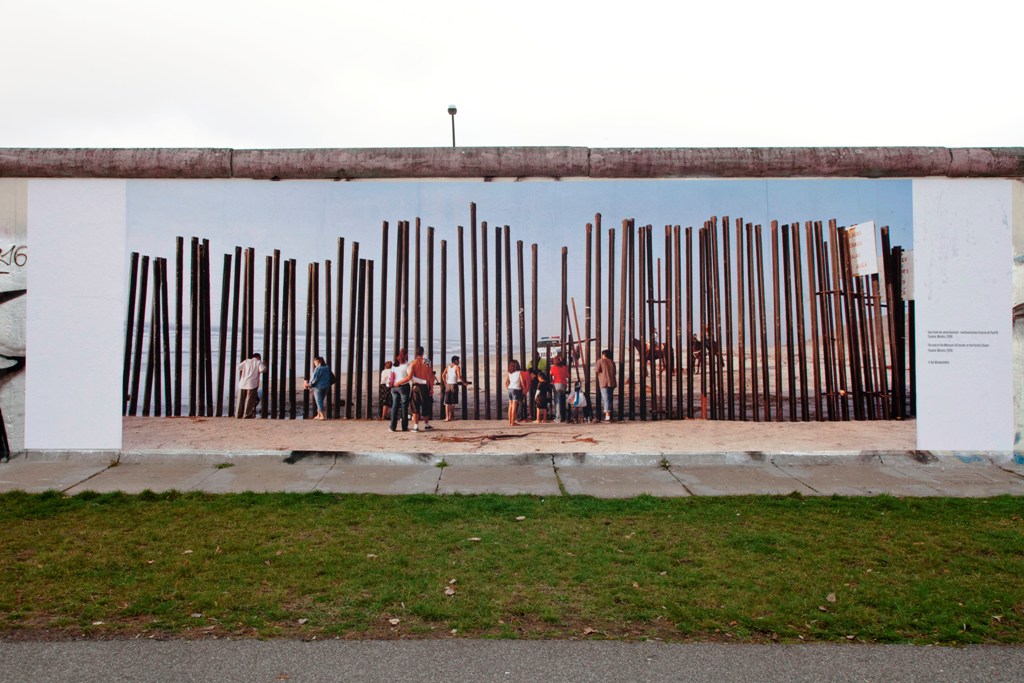 As we know today, the fall of the Iron Curtain, the Berlin Wall and the end of the Eastern bloc was anything but the end of the Wall as a symptom of enmity cast in concrete. To the contrary: old walls remained, new “protection walls” were build. Since 2006, photographer Kai Wiedenhöfer has photographed eight of these border- and separation walls for his project “WALL ON WALL”.

A series of panorama pictures are shown at STATION Berlin during the professional week  as a part of a collaborative transnational exhibition “Beyond the Walls” in the European Project “OPEN THE SHUTTERS” and the exhibition “Beyond the Walls”.
As a second part to this project large scaled prints (9 x 3 m) of Wiedenhöfer`s wall pictures will be visible at the backside of the East Side Gallery from July 10th.

Later in the year different series of images from WIedenhöfer`s long-term photo project will travel to Derry and Dubrovnik to complement place-specific versions of the common collaborative exhibtion “Beyond the Walls”.

The concept of the exhibition is simple: on the longest remaining part of the Berlin Wall at Mühlenstraße we will glue 364 m of the wall with 36 huge panoramics. Its on the side of wall which points towards the river Spree. The other side of the wall is known as East Side Gallery and one of the touristic hotspots of Berlin. All photographs are executed with large format cameras which makes the big enlargements possible. The pictures will cover 1080 m².

Marrocans pushing package of clothes towards a borderentrance to Marroco from the Spanish enclave of Mellila. The fence was erected over the last decade to prevent immigration from Africa to the European Union. March 2009.

Funded with the support of the Culture Programme of the European Union.