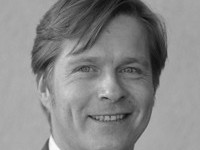 Bernd von Jutrczenka started his journalistic career back in 1987 as a freelance photographer in Hanover. After the Fall of the Wall he moved to Magdeburg to work as head of photography in the regional editorial team for daily newspaper BILD. In 1992, he changed to the headquarters in Hamburg. Between 1993 and 1999, von Jutrczenka was head of photography for the nationwide newspaper DIE WELT in Berlin. Afterwards, he became head editor of news agency ddp which was absorbed by ProSieben Media AG. Firstly, he build up the new ddp picture service in Munich. In early 2001, he became sole head editor for text and pictures at ddp in Berlin. Since 2003, von Jutrczenka is a member of the head editor team of German Press Agency dpa and responsible for dpa picture services.