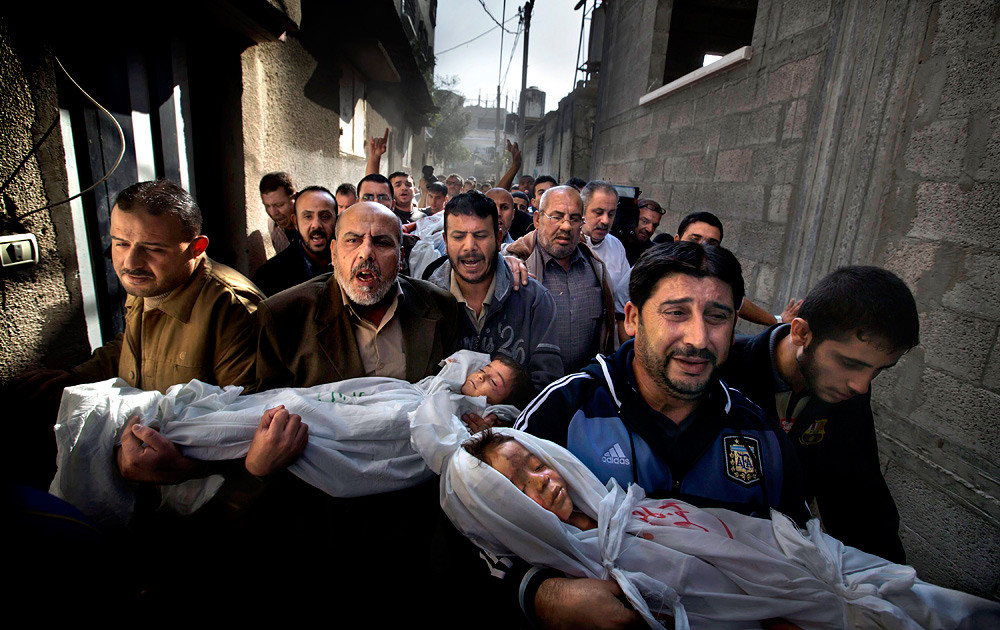 “Gaza Burial” by swedish photographer Paul Hansen won World Press Photo of the Year. It was rewarded with the 1st prize for an individual picture in the Spot News category.

The World Press Photo Foundation awards annually the best press photos of the previous year. An international jury of photographers and other experts in photojournalism chose the winners out of more than 100.000 photographs. 5666 photographers from 124 different countries participated this year.

In context of the Berlin Fotofestival 2013 our cooperation partner the Freundeskreis Willy-Brandt-Haus e.V. shows the exhibition World Press Photo at the Willy-Brandt-Haus, 10 minutes away from the festival centre at the Station, Berlin.
Opening: 12th of June 2013
Tuesdays till Sundays from 12-06 pm