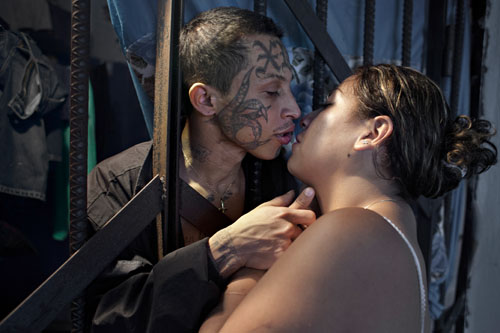 The international jury of the 2013 World Press Photo Multimedia Contest has awarded prizes in three categories: Online Short, Online Feature and Interactive Documentary. Each category holds first, second and third prizes. A total of 287 multimedia productions were entered in the contest, organized for the third time this year.

The first prize Online Short was given to ‘Into the Shadows’, a project by Pep Bonet and Line Hadsbjerg, who covered the situation of foreigners in Johannesburg. The first prize Online Feature is ‘Too Young to Wed’ by Stephanie Sinclair and Jessica Dimmock, who portrayed fifteen-year-old Destaye and her husband spending their time working in the fields of Ethiopia and taking care of their six-month-old baby. Finally, the best Interactive Documentary was ‘Alma, a Tale of Violence’ by Miquel Dewever-Plana and Isabelle Fougère. For five years, Alma belonged to one of the most violent gangs in Guatemala City. She was sentenced to death by her ‘homies’ the day she wanted to quit the gang. Yet she survived the bullets.