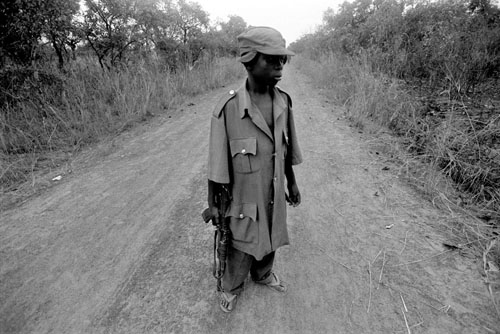 The Lord’s Resistance Army (LRA) and troops of the Ugandan government fight one of Africa’s longest-running conflicts. Eastern Congo continues to be afflicted by horrendous violence, and battles between rival militias, too.

Alixandra Fazzina began her working career as a commissioned war artist in Bosnia. She has spent the last 7 years based in Africa and The Middle East.