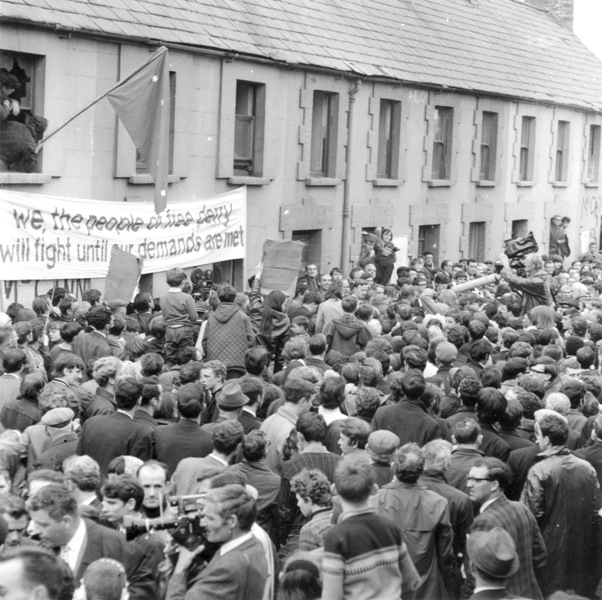 Video screening, presentations, speech and discussion
Camerawork Darkrooms Derry (Camerawork) was a comunity media initiative established in 1982 in Derry’s Bogside to provide local people with the tools that would enable
them to create their own black and white images to give their own views of reality in Derry in the 1980s. For over a decade Derry The Troubles and related violence had attracted
international photo journalists capturing images of that conflict. Local people felt that they were not representing their own views of the city. A 1984 documentary film, “Picturing Derry” shows how Camerwork Darkroom  began recording everyday life in the city from its
citizen’s viewpoint, posed against the perspectives of professional nternational photographers, looking at the city from outside..

A short  screening of a section of the film serves as a backdrop for a discussion between former members of Camerawork Darkrooms and a Syrian media activist about
different conditions for media activism in the 1980s and today in Syria, where memers of the Syrian opposition work with photography, video, radio and the internet to present a counterpoint to government and international media covering the conflict.

Moderation: Nils Metzger (Journalist)
After the end of the ecent, interested people can watch the full-length documentary film