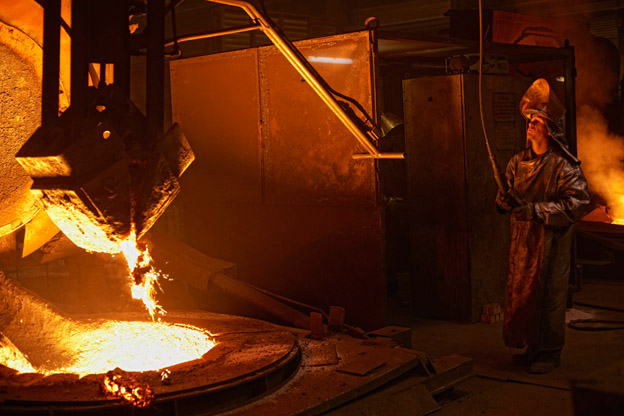 The iron foundry Torgelow is one of the last large industrial factories in Mecklenburg-Western Pomerania. After the reunification and the closure of many industrial enterprises in the region the former workers founded in 1992 the Torgelow GmbH

The number of workers quickly grew to over 700; but it came in the wake of the steel crisis and competition from low-priced foreign products – and led to a renewed crisis. With the conversion to the manufacturing of products which were mainly used in wind energy, the descent of the company could be stopped – the number of employees stagnated at 300. Additionally the iron foundry is heavily criticized because of the massive use of temporary workers and low wages.