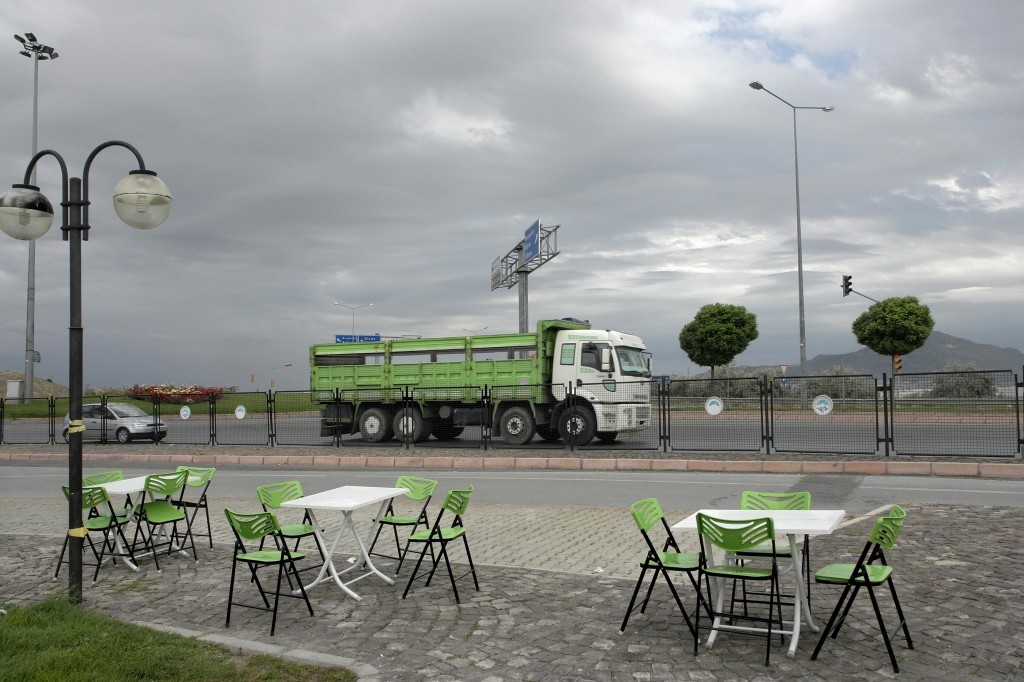 Having lived in Turkey between 2003 to 2008 and produced the book, Fault Lines/Turkey/East/West looking at contemporary Turkey, I already had a clear idea of the issues and contradictions at play in todays Turkey. Fault Lines, coincided and focused on the dynamic changes taking place during my time in Turkey, landscapes, towns, and cities were being reshaped, an extensive road network was under construction, town centres “beautified,” and large apartment blocks were springing up at a rapid rate around every town and city.

At the same time a number of internal struggles were taking place, often in unlikely and contradictory  combinations. The work seeks to address and question these  contradictions  and the very concept of East and West.

For this work, I choice the idea of following up on Fault Lines by making a road trip on the New Roads. The title in Turkish, Yeni Yol, has multiple meanings,  New Way, New Aim or New Ideology. From my experience of Turkey, I use the the New Roads as a metaphor of the change that is taking place and question what that vision is.

I can see the passion underlying the project ‘Time in Turkey.’ One thing that makes this comprehensive work meaningful and important is that Turkish photographers will have the opportunity to compare their works with the works of their colleagues who are included in this book.