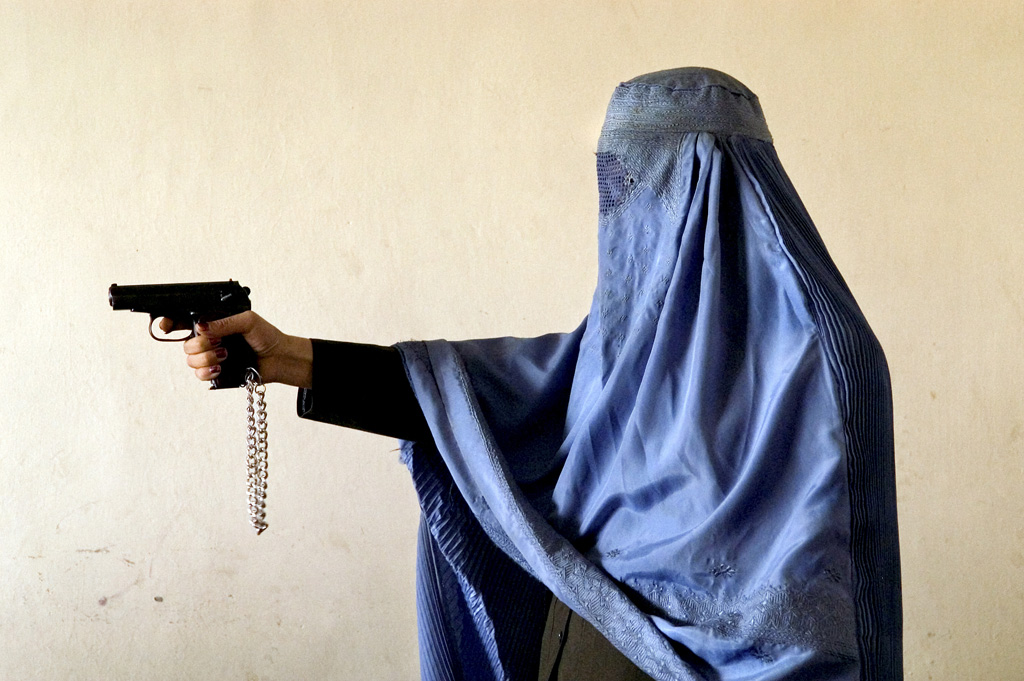 Kandahar, Afghanistan. Malalai is one of the only police women in Kandahar. Unlike other women in the region, Malalai works alongside men, apprehending criminals and restoring justice in one of the most dangerous cities in the nation. When working outside her home and office she is always armed beneath her burka. @ Lana Šlezić

“[…] In March 2004, I went to Afghanistan with a preconceived notion and a knapsack full of naivety. […] Quietly I travelled throughout many regions of the country and found women and girls who were willing to tell me their stories. I was horrified by their words, shocked at their illiteracy and saddened by their tears. […]. Without exception, everywhere I went there were issues of domestic violence, forced marriage, seclusion, illiteracy and a lack of freedom on the most basic of levels. […]What we tend to forget is that the people most knowledgeable about Afghan women, are Afghan women themselves. The best way to help them is first and foremost to listen. [...]” (Lana Šlezić)

Lana Šlezić, a Canadian photo journalist with Croatian heritage, lived in Afghanistan for two years, documenting the daily struggles of women. For this work, culminated in Forsaken (2007), Šlezić has won several awards and has been published in magazines all over Europe and North America.