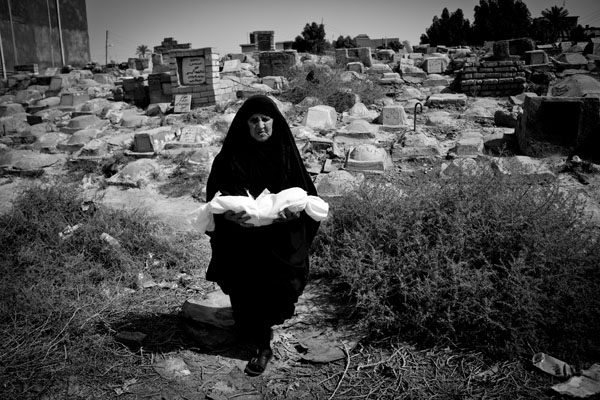 Iraq, Basra, 24 April 2012 – An old woman, Undertaker, wears the linen-wrapped body of a child in the children’s graveyard for burial in Basrah. © Christian Werner

During the bombardment of Iraq in 2003 thousand tons of depleted uranium ammunition dropped on cities like Basra and Fallujah and their inhabitants. After the Gulf War, the cancer quota rose, and every day, malformed children are born.