Casualties of an Economic War 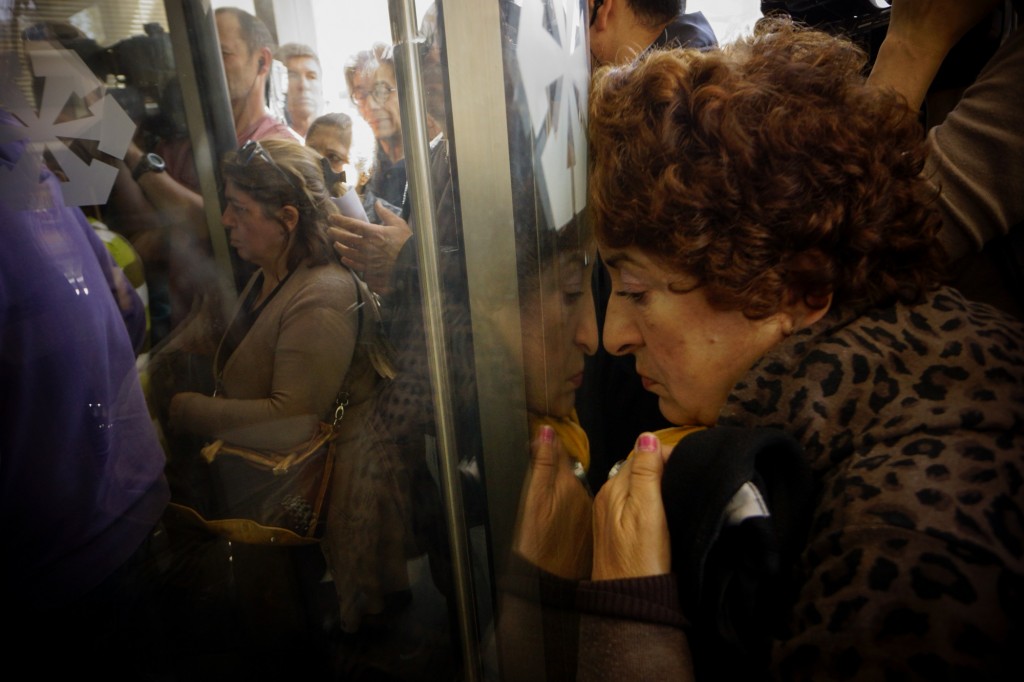 CYPRUS, Nicosia : People queue up outside a Laiki bank branch in the Cypriot capital, Nicosia, on March 28, 2013, as they wait for the bank to open after an unprecedented 12-day lockdown. Queues of dozens of people formed before the doors swung open at 12:00pm (1000 GMT) for the first time since March 16, and there were tensions as a few branches opened late, with customers banging on the doors

In March 2013, Cyprus, the small island country in the northeastern Aegean, became a casualty of the EU’s war against tax havens and money laundering. From virtually zero unemployment, in just a year, now 15% of the population is without a job.

The way the European Union handled the crisis, by proposing to take 6-10% out of every bank account, destroyed the trust to the Cypriot banks. With the Cypriot economy largely based only on the financial sector, other than the tourism industry. This move just deepened the crisis, as people have lost their trust to the banks and many companies that took advantage of the 10% income tax, are moving their money out of Cyprus.

Many say the consequences of this new crisis will be similar to those of the war in 1974. In less than a generation, Cypriots are losing their fortunes, their wealth, and their businesses once again.

Now, except of the geographical borders on the island, Greek-Cypriots have to deal with the new economic lines and measures that have come to further deepen the country’s problems.