Builder on Behalf of the Lord 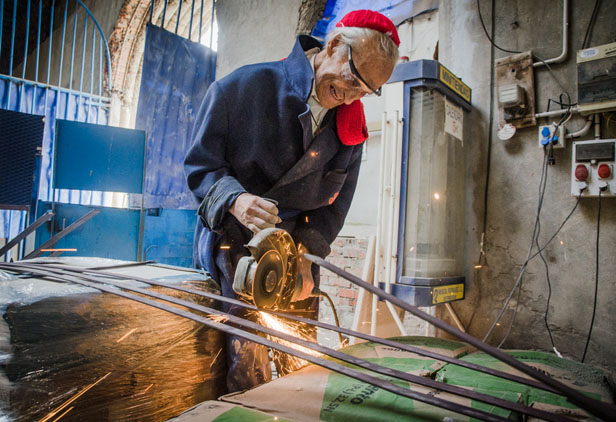 How can it be that Justo Gallego Martinez dedicates every moment of his life for more than 50 years to the monumental construction without any chance to see the construction completed? How can a human spend a whole life to fulfil such a difficult task without any doubts?

Back to Don Justo. He grew up in the chaos of the Spanish civil war and same as his family he searched for stand in the catholic faith. Although he sympathised with the fascist regimen of Franco it never came to his mind to dedicate his life to anything else than god.

At the age of 27 he entered a monastery. Just eight years later, before becoming a monk, he got the diagnostic of tuberculosis. That is why he had to leave the monastery because he was infective and was therefore a danger for the other monks. He returned to Mejorada del Campo near Madrid, his birth town, and recovered within a year. He defined that as a sign of god and that there is a special task for him. He started to build a colossal cathedral just with 4 years of formal education and books about castles and cathedrals of the world in his hands.